Slim Borgudd: The story behind Avon’s first ever point in Formula 1

Avon Tyres has a rich and storied history in motorsport. Over the years, the British manufacturer has stamped its authority in rallying, hill climb and many more categories. But lesser known is the time it spent in the top echelon of single-seater competition: Formula 1.

First called into the sport in the 1950s, and again in the 1980s, a range of talented drivers raced on Avon rubber during their careers, including World Champions Jack Brabham and Keke Rosberg, and Grand Prix winners Michele Alboreto and Jochen Mass.

While there were no podiums, victories or titles achieved with Avon products, the Melksham-based operation still made its mark during 29 sporadic appearances split across six seasons.

It all started with Scuderia Ambrosiana driver Reg Parnell at Silverstone midway through the 1954 season, and ended with the March 821s of Rupert Keegan and Raul Boesel at Dijon-Prenois in 1982.

But Avon’s 11th outing, at the 1981 British Grand Prix, was undoubtedly its most memorable. 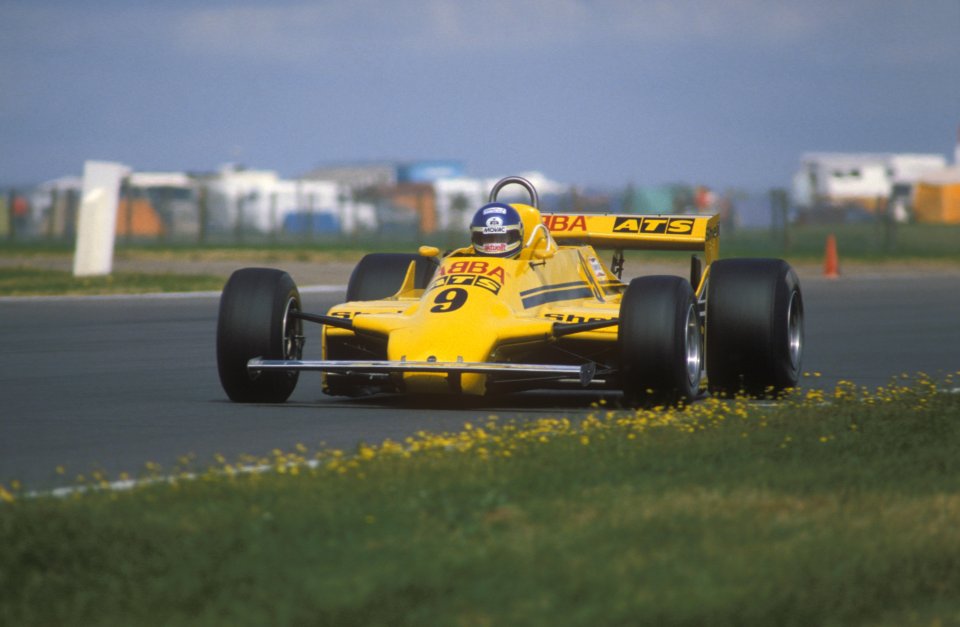 Goodyear's departure from the sport left a void and rival manufacturer Michelin stepped in to provide all teams with a standard tyre. At the fourth round of the campaign in San Marino, Avon and Pirelli entered the fray to spread supply, only for Goodyear to reverse its decision and return mid-season with Williams, Brabham and Lotus.

But a breakthrough result would come when it joined forces with ATS and Slim Borgudd. 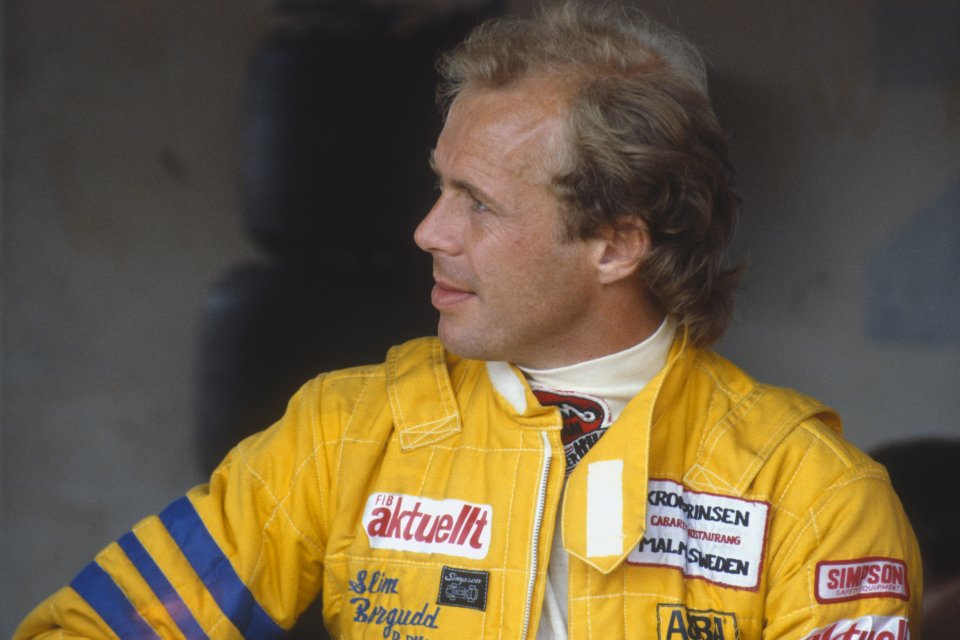 “There was a lot of politics going on,” Borgudd says of the tyre situation in Formula 1 at the time.

"We were competing at the French Grand Prix in Dijon and I didn’t qualify. Afterwards, [we were told that] there were no tyres… I said, ‘We’ve got to have a tyre!’, so we moved to the Avon tyre from the British Grand Prix onwards.

“The Avon was a really good tyre. I had used the Michelin tyre in the races before that, so it was a good comparison for me to have.”

What followed next would go down in Avon’s motorsport history. 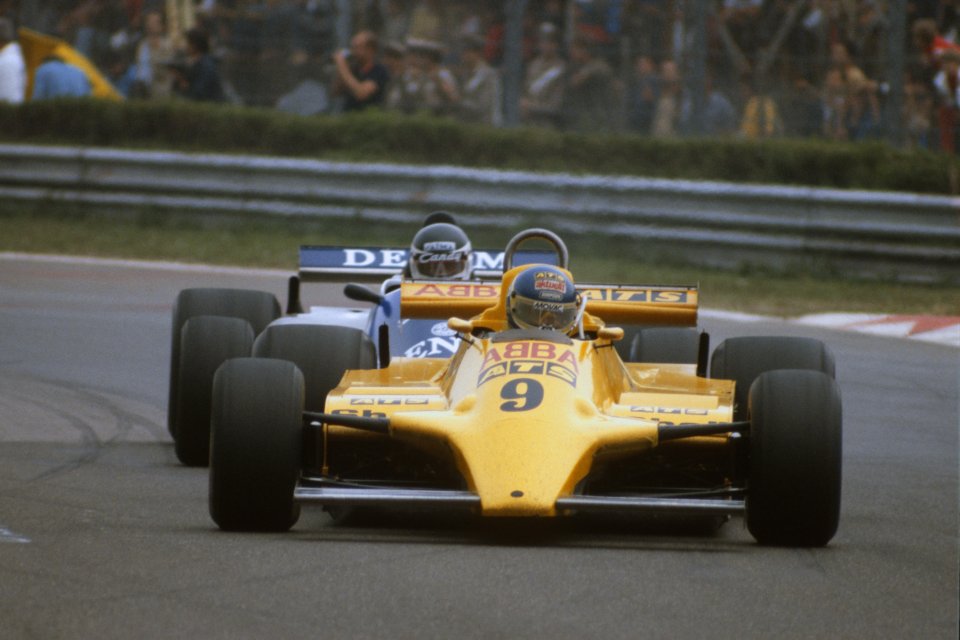 Having failed to make the grid at the previous four events, Borgudd jumped the notoriously difficult pre-qualifying hurdle at Silverstone to qualify 21st – ahead of talents such as Elio de Angelis, Eddie Cheever and Nigel Mansell.

In a race of attrition, the Swedish driver – whose side job as a session drummer with ABBA led to him running the band's logo on his car – took full advantage. Staying out of trouble, he steadily worked his way up the order and, after rivals fell by the wayside, reached the chequered flag in sixth position.

While on the surface it was a solitary point, it meant so much more to ATS and Avon.

“Back then, you only got points down to sixth place, so it was very hard to get a point,” Borgudd looks back with a wry smile, remembering the magnitude of what he, the team and Avon achieved.

“It meant a lot to everybody. It was like winning the Nobel Prize.

“I still have a picture of a trophy with Avon on it, because somebody came over and clocked that we were the only ones who had actually scored a point [on Avon tyres].” 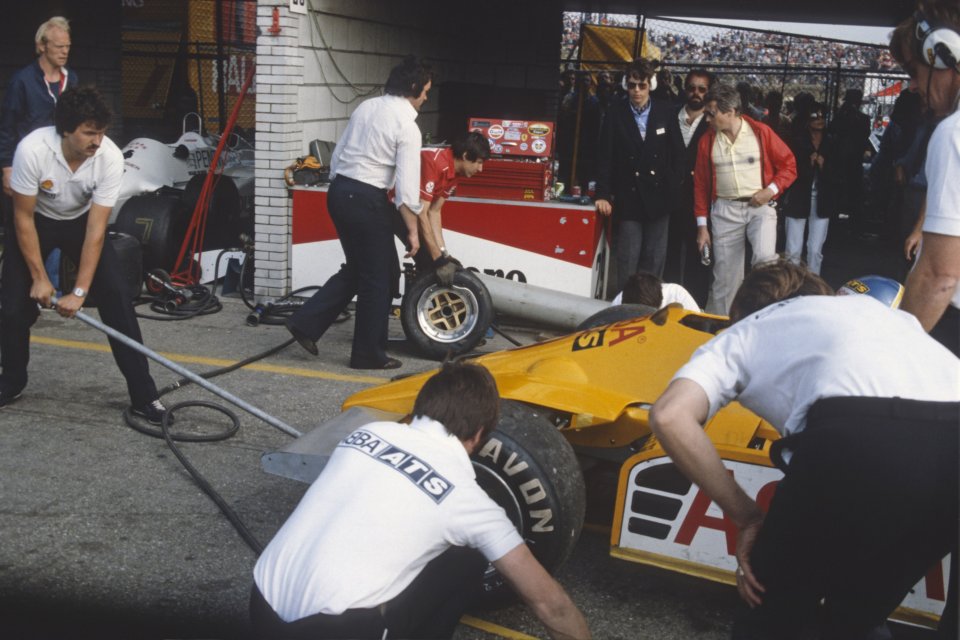 John Watson, who won the Grand Prix for McLaren, has fond memories of sharing the paddock with Borgudd, and emphasised his contemporary's achievement.

“Slim had a relaxed personality and character, and was easy to get on with," says Watson.

“Some drivers are closed and introverted, but Slim was very open. With his background in music, he understood what a stage was.

“I remember when I scored my first point in Formula 1 and it’s a pretty important moment, especially in that time, when points only went down to sixth place.

“For any driver, scoring your first point is a landmark day.”

It would prove to be Borgudd’s only point in Formula 1, as he saw out the 1981 season with ATS before embarking on a brief, three-race spell with Tyrrell in 1982.

Avon as a manufacturer went on to score seven more points with Cheever, Salazar and Manfred Winkelhock. Borgudd’s spirited run at Silverstone, though, will always stand out from the rest.