In race one, Michael Dunlop soon stormed into the lead. Just before half distance, he handed over to Plater who extended his lead in the 25 lap race. The 2009 Senior TT winner, now retired from racing at the top level, took the flag seven seconds ahead of Peter Bardell and James Haydon (Matchless G50), with Michael Russell and Michael Rutter (Norton Manx 30M) making it an all-Avon podium.

In race two, weather conditions made it challenging for the riders but Dunlop and Plater were able to repeat their win, passing ten riders on a charge through the field. They showed the confidence-inspiring properties of the Avon race tyres on a damp and greasy surface that made the 2.37 mile circuit tricky for many riders.

The strength of the Avon motorcycle range was shown with all but one team choosing the brand for the prestigious event. Avon first serviced the event in 2008 and has grown market share to a dominant position in little over a decade.

The Goodwood Revival recreates the glamour of the halcyon days of motorsport. Nestled on the edge of the South Downs, the venue is a celebration of bygone days, vintage fashion and wheel-to-wheel racing around this classic circuit, which remains unchanged since its heyday. The circuit is just 80 miles from the Melksham factory and technical centre where the Avon motorcycle and motorsport tyres are designed and manufactured.

Plater was appointed as Avon Brand ambassador earlier this year. The two-time Isle of Man TT race winner and former British Supersport champion has been involved in the development evolution of Avon’s latest 3D Ultra Xtreme and 3D Ultra Xtreme Slick track tyres for modern hypersport bikes. Dominic Clifford, Global Avon Motorcycle Manager stated: “His experience and versatility is shown in his work in developing our state of the art modern tyre range whilst simultaneously reminding fans of his prodigious talent in historic racing, where the Avon brand dominates. The breadth and ability of our race tyres in demanding conditions was demonstrated with almost every rider choosing Avon.”

The winning duo chose Avon AM22 tyres front and rear with Plater saying: "It was a perfect weekend for the whole Kay team, the iconic MV-Agusta not missing a beat and Avon’s AM22 tyres being the perfect choice, especially in changing conditions on Sunday”.

Plater also received Goodwood’s Man of the Meeting award for his skilful avoidance of an accident in race one and his charge from eleventh to victory in race two.

The podium finishing Matchless and Norton bikes were equipped with the race version of the AM26 Roadrider. The range is designed to offer excellent grip delivered by scientifically stressed casing combined with racing compounds. 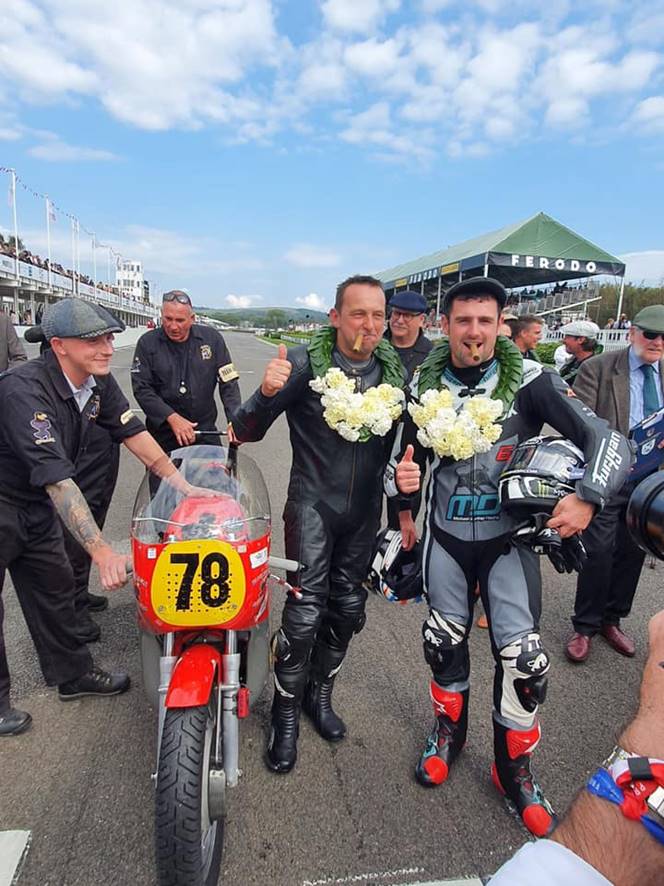