MELKSHAM, UK, October 12, 2022 - As far as hill climb success goes, few have had a better 2022 season than Damien Bradley’s Team Legacy. With records broken and sights on bigger things in 2023, Avon Tyres sat down with the hill climb racer to discuss life, work and Team Legacy’s incredible campaign.

For the last ten years, he has competed in a huge variety of championships. From sprints and hill climb to time attack, he has slowly built a name for himself under his brand Team Legacy, which started back in 2013 and now shares with friend and teammate Steven Darley.

Today, Team Legacy boasts over 11,000 followers across the most popular social media channels. In the paddocks across the UK and Europe, Damien and his Subaru Legacy are instantly recognisable by the distinctive red and white Avon Tyres livery that is regularly seen barreling up a hill climb or breaking a speed record every other weekend at speeds of up to 170 mph.

The car currently holds its class record in all but three of the UK’s hill climbs and holds the outright record at the Isle of Wight’s Sandown Sprint, all of which were achieved on Avon tyres.

Damien sat down to talk with Avon, taking time out of his busy schedule. And it’s immediately clear he is excited to talk about his passion for racing. “I used to think hill climbers were absolutely bonkers”, Damien laughs at the irony of the statement. Since 2013, he has slowly climbed the ranks and is today one of Britain&#39;s most respected and decorated hill climb drivers. In 2022 alone, Team Legacy drivers Damien and teammate Steven have broken an unprecedented twelve records at venues ranging from Shelsley Walsh to various BARC Connaught Speed records.

Damien has achieved all of this while raising three children, managing his successful construction business and training towards competing in his first Ironman Triathlon.

“There’s simply no runoff or room for error. Between trees and buildings. It’s rallying but without the restraints of a restrictor or a power limit. Driving up a farm track with crazy amounts of power, it scared the life out of me to begin with.” But he quickly found his confidence and began competing in sprints, before moving to hill climb. “I knew from my previous experience competing in sprints that Avon Tyres were the one to have for a short duration. From being around the paddocks and speaking to other drivers, I learned very quickly that Avon’s product and service were a step ahead of what anyone else offers. The first tyres I tried couldn’t match Avon in terms of grip, and the real success we had as a team only started once we made the switch to Avon.

“From that point forward we experienced insane levels of grip. There were numerous parts of the car that needed to be upgraded to cope with the increase in grip off the line. My heart stops for a moment every time we launch - it’s an intense feeling that’s unique to hill climb.” 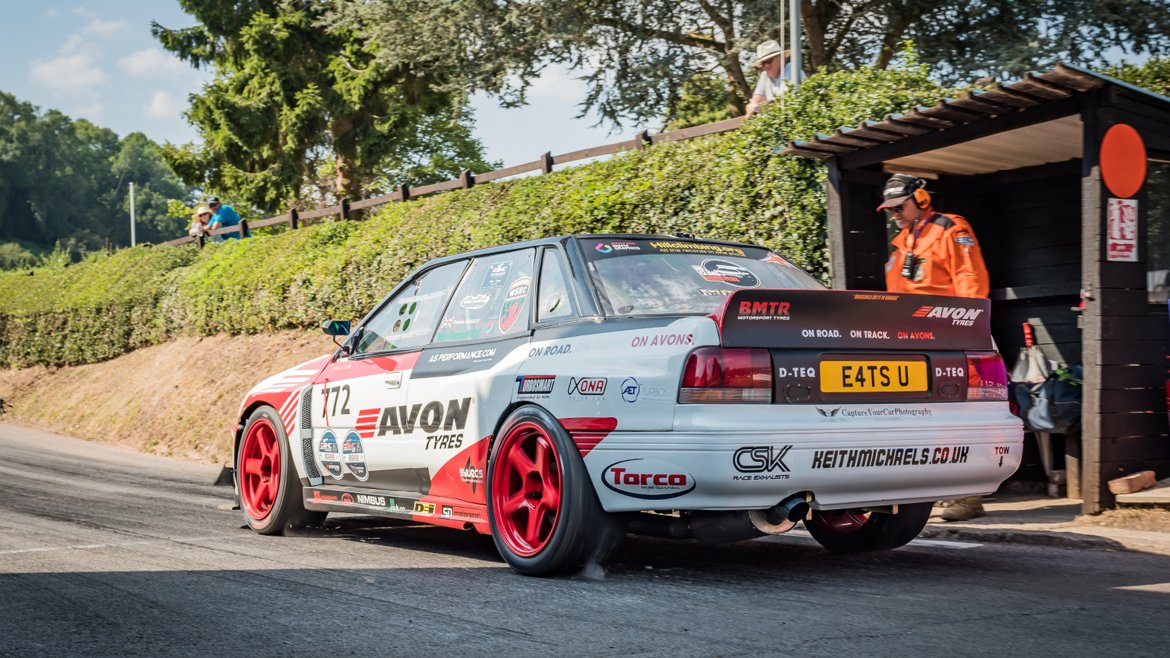 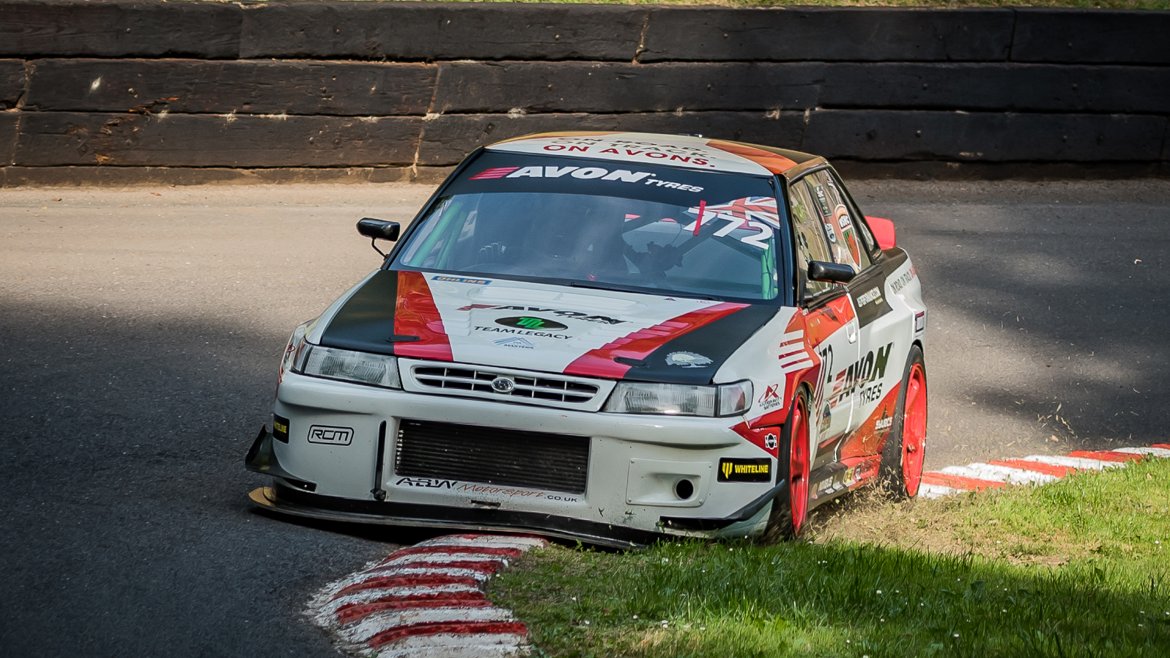 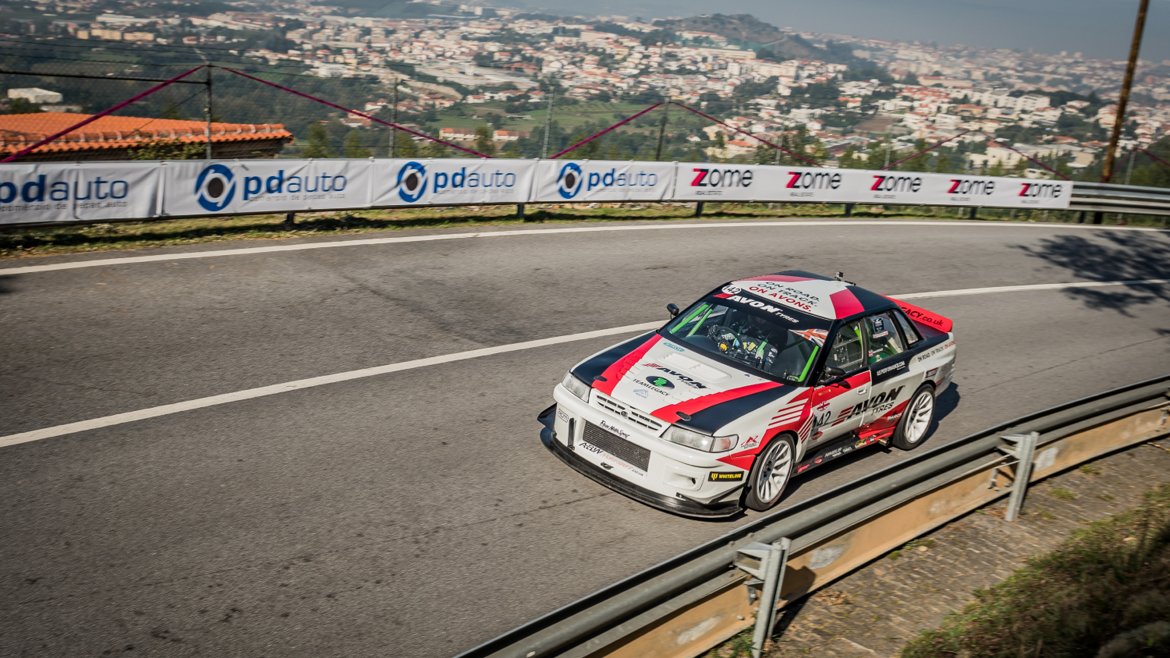 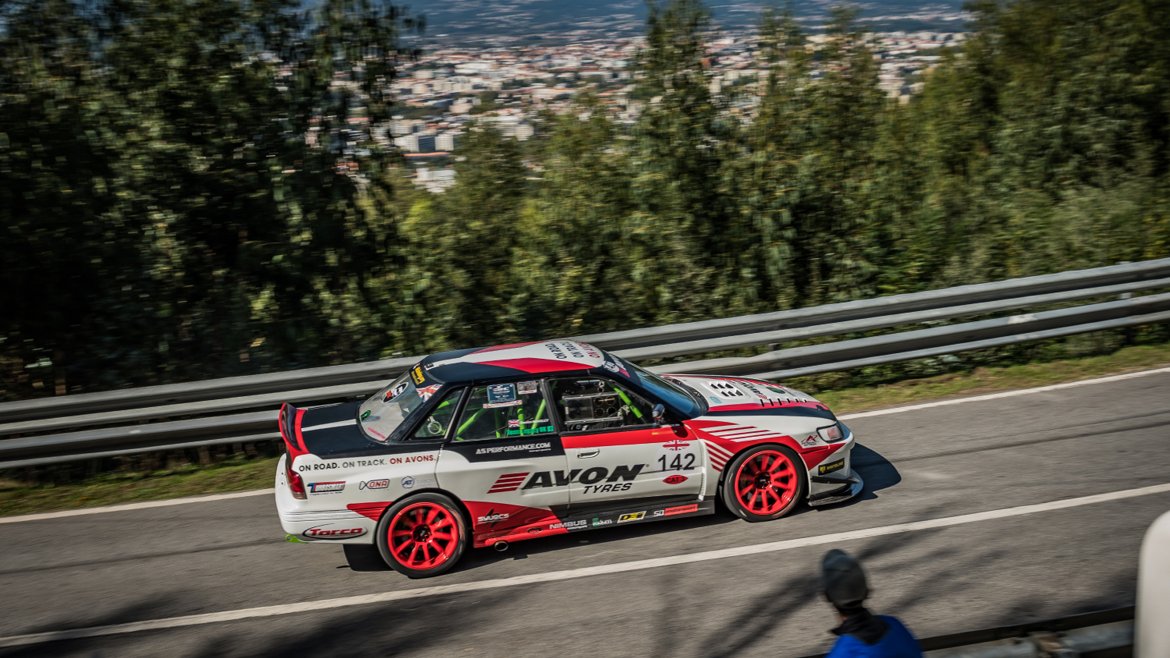 When your car produces over 800 hp and weighs 1,150 kg, you simply cannot have an inferior tyre.”

Damien and Team Legacy’s relationship with Avon Tyres began with Damien onboard as a tester of prototype tyres. Since then, he hasn’t looked back, and says the product and trackside services that Avon offers continue to be a huge contributor to his success on-track.

“The livery is a reflection of the commitment to the brand. There is no other tyre for me in terms of hill climb and sprinting,” Damien explains. “I believe it is, by far, the best out there. That belief isn’t rooted in the fact I have an Avon Tyres car livery, but from the results I have achieved with them. What we have achieved on Avon Tyres is a testament to that.

“Avon’s presence in the paddock is unmatched by its competitors. So even when you’re struggling to extract the maximum out of the tyre, having a Design Manager like Jack Price and the rest of the support crew from BMTR onsite is a huge benefit.

“It’s a rollercoaster feeling that comes from the level of grip and confidence. I remember an event at Harewood with an ambient temperature of 3 degrees. A slick tyre simply shouldn’t work, but by turn one there was an outstanding level of grip. We are capable of beating some of the single-seaters in a 1,150 kg saloon car, and much of that performance has come from running the Avon tyre.” Earlier in 2022, a true test of tyre capability came at Shelsley Walsh during the height of Britain’s heatwave. That weekend, Team Legacy broke an 11-year record in 38-degree heat, using the same specification of tyre that took them to victory at a freezing Harewood.

“When your car produces over 800 hp and weighs 1,150 kg, you simply cannot have an inferior tyre. But more than that, when the same tyre can operate in every temperature imaginable, it’s far easier for drivers to go into competitions with confidence no matter the conditions.”

Despite his busy schedule, Damien is committed to Team Legacy and racing. The small but loyal fanbase the team have are just one of the reasons why he’s setting his sights on the most prestigious hill climb in the world.

In 2023 Damien’s ambition is to take Team Legacy to the Goodwood Festival of Speed. It’s one of the few events left to tick off the ever-growing list of records and achievements. He pays tribute to the people that have got him this far: “There are so many lovely people in the paddock. Whether it’s other competitors, fans that come to watch, and my team. Without Steven and the rest of the team that work on fine-tuning and mapping the car, and Avon tyres for delivering a consistent level of performance, none of our success would have been possible.”

With a fanbase slowly growing and an ambition to use his profile to help other drivers and fans get into hill climb, there’s no doubt there are many chapters left to write in this team’s legacy.

Images courtesy of Capture Your Car Photography by Stuart Wing.

Want to see the full range of Avon products? Please view our tyres page and get to know the ins and outs.