MELKSHAM, UK, APRIL 21st, 2022 - the British Hillclimb championship begins on the weekend of 23rd and 24th April at Prescott Speed Hill Climb. The event, presented by Avon Tyres, is the first of 13 that make up the 2022 Hillclimb Championship and Cup.

2022 is the 75th year of the British Hillclimb Cup and Championship, making it one of the oldest surviving championships in British motorsport. The entry list boasts over fifty drivers, with nine out of the top ten finishers in last year’s championship returning to compete in 2022. Avon Tyres is positioned to support a large number of competitors this season.

With 35 years of history in British Hillclimb, Avon’s comprehensive range of tyres are chosen by leading drivers across all classes. The classes include powerful, lightweight single-seaters that bring F1-level acceleration to the narrow rural courses, to standard production sports cars.

James Weekley, General Manager, Motorsport, Avon Tire Europe: “Our Hillclimb tyres are unique in their construction and compound, designed to deliver stunning amounts of grip over a short distance, while also giving drivers the confidence to push to the limit. Avon Tyres has worked with drivers to manufacture a tyre that extracts the most performance out of each racecar. This is achieved by advanced compound technologies that accelerate the warmup phase so drivers aren’t left waiting for the grip they need.

“We have been fortunate to work with six-time British Hillclimb champion Scott Moran, whose input and experience have been invaluable as we continue to improve the range of tyres available.” 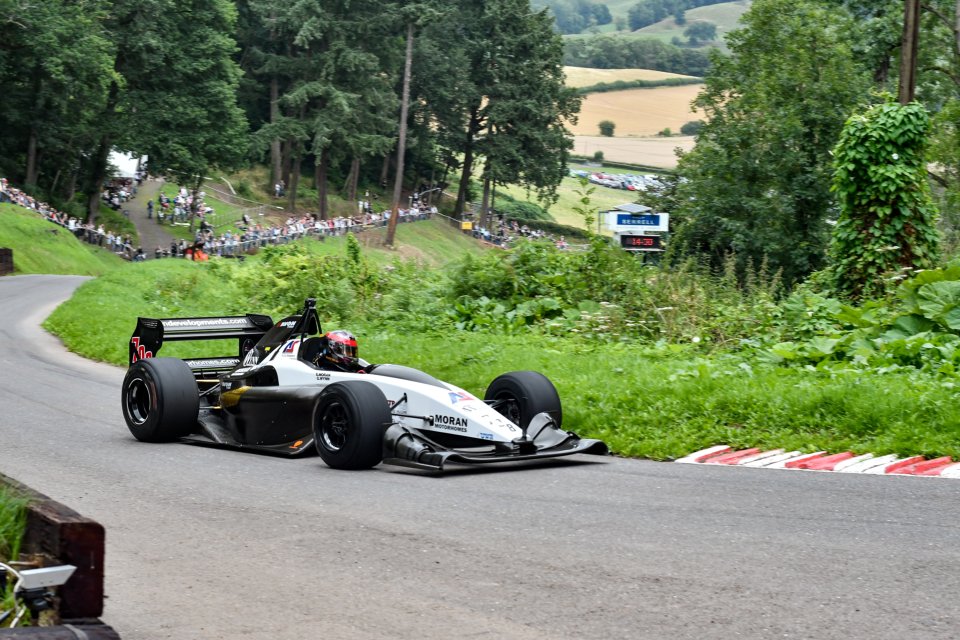 A championship steeped in history

With a 75-year history, the British Hillclimb championship is as strong as ever, boasting an impressive lineup of competitors.

Prescott Speed Hill Climb, established in 1938, hosts the first round of the championship, where drivers will be challenged by the tight, twisting nature of the course. The venue has been on the British Hillclimb calendar since its inception in 1947.

Five rounds made up the inaugural season in 1947, of which three (Shelsley Walsh, Prescott and Bouley Bay) remain on the calendar today.