Steve Webster MBE is one of the greatest sidecar racers of all time. Starting out in club competitions as a teenager, he rose up the ranks to become the most successful competitor in FIM Sidecar World Championship history. In total, 'Webbo' won 62 races and 10 titles in the top echelon, the vast majority achieved with Avon Tyres. In the latest installment of the 'Avon Legends' series, Webster tells his story.

Starting out in the sidecar world 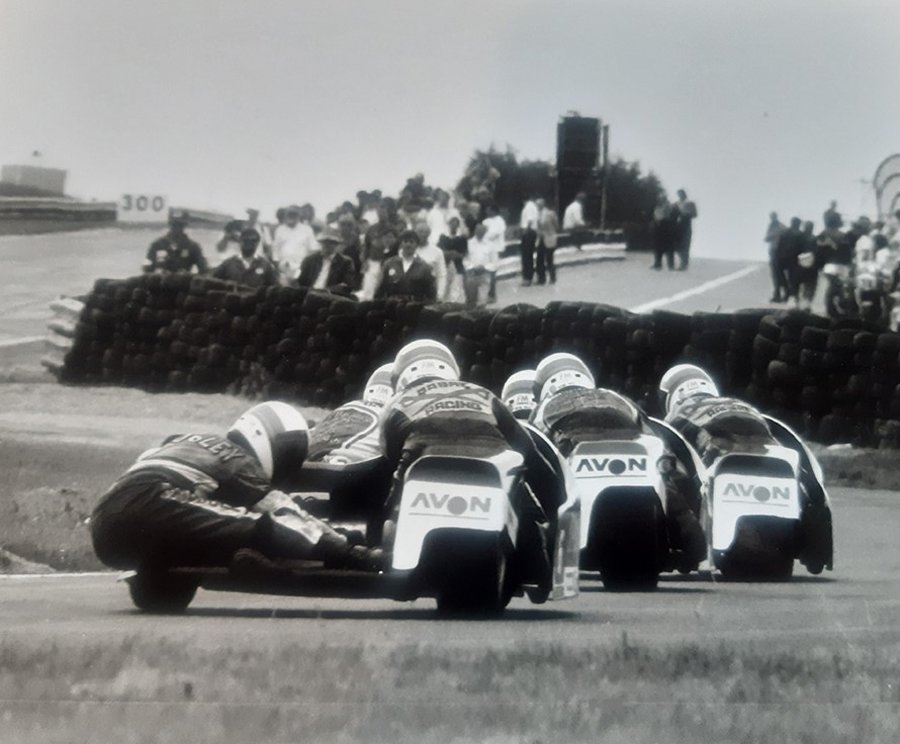 I started sidecar racing in 1980 with my brother Kevin as my passenger. We had a Suzuki GT750 outfit that had a bolt-on sidecar. At that time, we hadn't seen any slick tyres and it wasn't until some of our competitors started driving round the outside using slicks we thought we should get some! Having modernised (to the best we could) our Suzuki GT750 outfit with better brakes and tyres, it wasn't long before we were getting left behind, with many teams using the more powerful Yamaha TZ750 engines, which were much faster in a straight line. It was later in 1981 that we were lucky to meet Paul Seward (a businessman form York) who agreed to sponsor us with a Yamaha engine to use in a new Windle chassis that we had just purchased.

Early signs of success on Avons 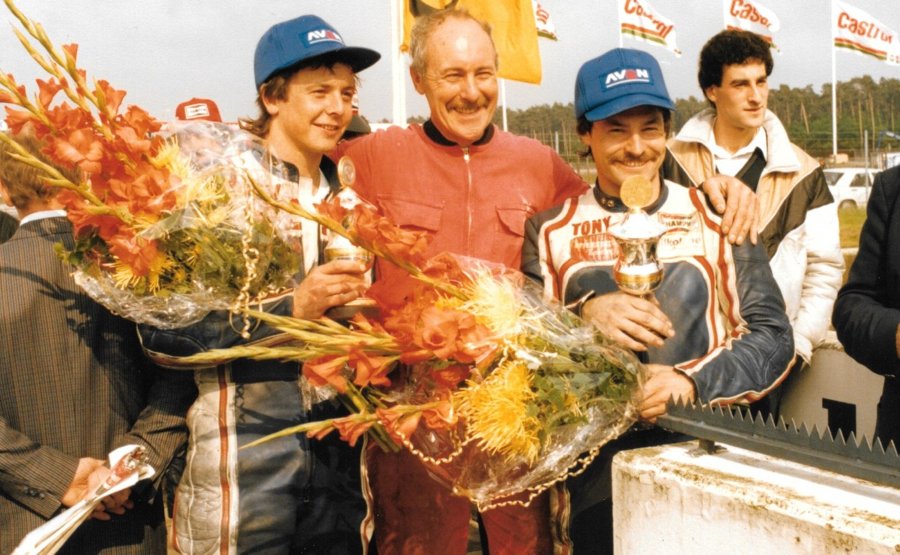 The Windle TZ750 outfit was used for the following three years, winning the Marlboro Clubmans Championship and taking us to our first Grand Prix at Silverstone in 1983, where we finished fifth on our Avon tyres. During these early years we had started to build a good relationship with Avon, and got to know many of the Avon Racing crew, one being George Cole, who became a big part of our 1987 championship-winning year.

Our 1986 race season, in which we finished third, was a good year for building up information about which type of tyre compound to use at each track, and the changes that needed to be made for our next visit. It was this type of working relationship we had with Avon that meant if something needed changing (such as a tweak to a compound) it could be done very quickly. It was also the season that Roger Everson from Avon agreed to help us with financial sponsorship to support the team's efforts. 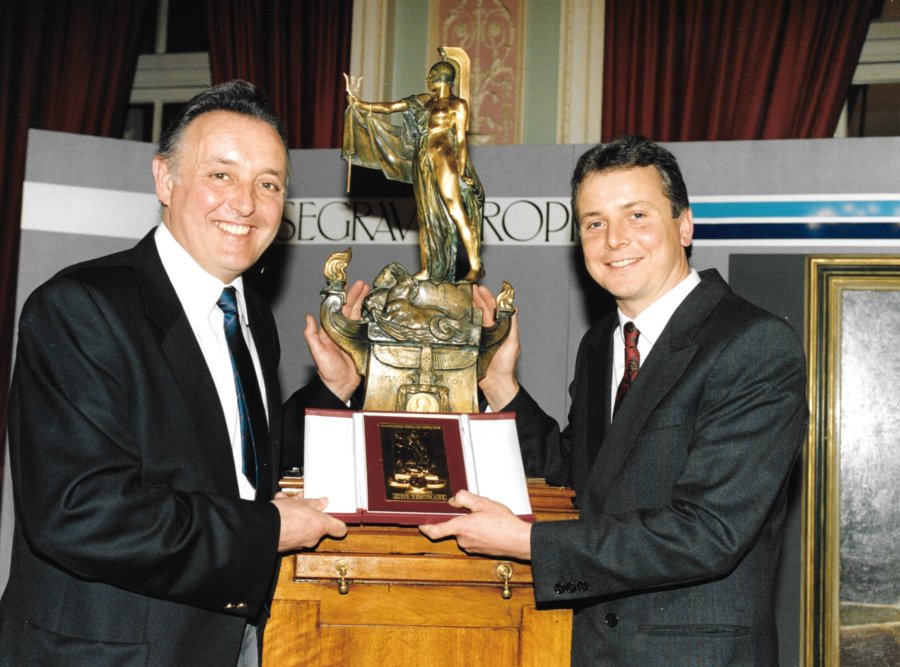 For the 1987 season we had a good team around us to have a crack at winning the World Championship. We won the first two races at Jerez (Spain) and Hockenheim (Germany). A big part of that success was down to the fact Avon had made a new rear tyre (A10) compound to last longer on abrasive tracks. This allowed us to lap consistently fast, even towards the end of the race. At the other six rounds of the championship, we just needed to make sure that we finished in the top three to keep our early lead.

I can remember having many pre-race chats with George about choosing the right rear tyre for each race. When I look back now, we were the only team to finish every race that year, and we were never out of the top four. Avon's advice and support was a big part in helping to win our first World Championship. It was also nice that George came to represent Avon when we won the 1991 Segrave Trophy (which is awarded to a British national who demonstrates 'Outstanding Skill, Courage and Initiative on Land, Water and in the Air' – in honour of Sir Henry Segrave, the first person to hold both the land and water speed records simultaneously). 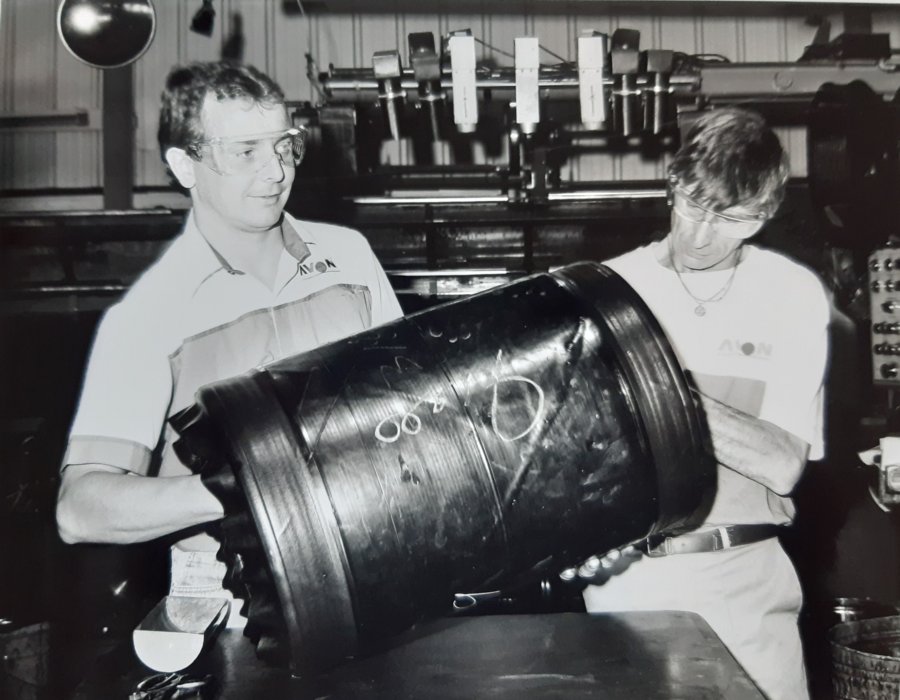 Webster (left) gets an insight into the tyre-making process at the Avon Tyres factory in Melksham, Wiltshire

I can remember the first time I became aware of Avon's tyres. We were at Knockhill (Scotland) in 1980 and it was chucking it down. The race went ahead in very wet conditions and we finished fifth. After the race we could see the bike that had won with steam coming off the back tyre. I went and put my hand on the tyre, and it was hot and sticky. I had never seen that before, but realised we needed to get some... which we did, and I loved racing in the wet from then on! We used Avon tyres from the early 1980s all the way up to 1995.

During the latter part of the 1980s, we got to know many of the Avon Racing team and attended many shows and events like the NEC Bike Show, where we would help out on the Avon stand. We would also be invited down to the factory for a visit with our wives and team members. I remember once making a slick race tyre, being shown from start to finish how it all happened. Then we had the charity football games, which were such good fun. I can never remember the scores but we did have a laugh! 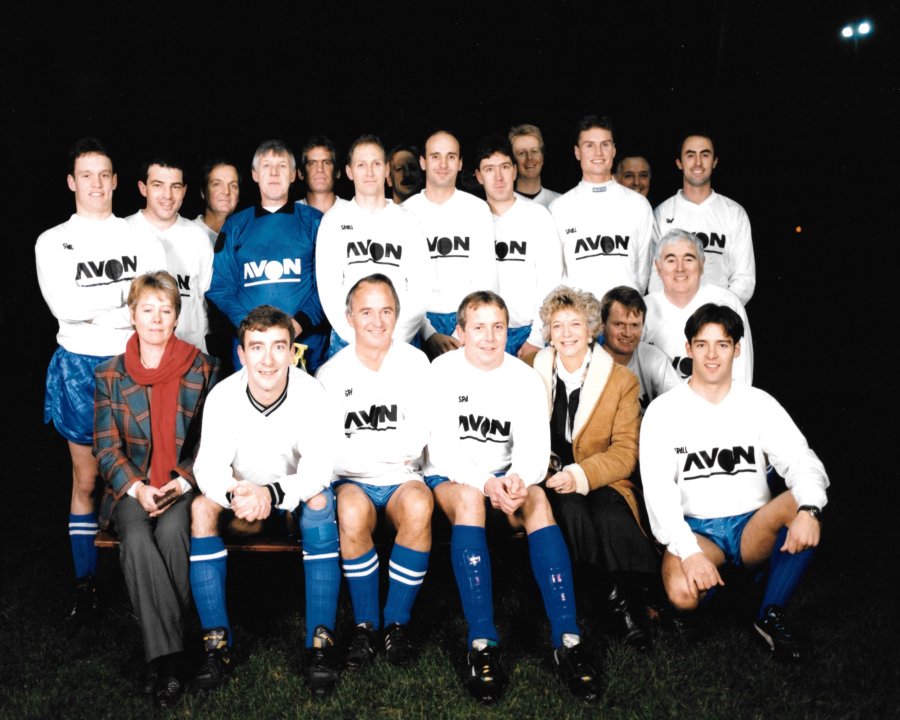